But life demands a final chapter. A story that we all must leave behind

〣August 〡17〡INTP〡Female〡storyteller/artists〡fantasy/sci-fi〡character interactions are the best〡Here I'll post about my OCs. Mostly art but I'm trying to write more. Also not the best at quick explainations.〣

Main blog: @masterfuldoodler that's where all the fanart and reblogs will be.

Mitz the one and only rudest girl

Aaah this was so fun! At first I was wondering how I'd make these colors fit her but I think it worked! And yeah I had her take her jacket off because I could haha and I wanted to. She's bouncing off a wall while running cuz action babey yeah

Color palette prompt by @/colorpalettesgalore on tumblr over here

A hero arose in Glishirn, one who would free its people from their chains. And every great hero needs his mighty deeds to be written and sung. Who better to do it then the greatest bard around? Edmund Eventone humbly took up the position of such great importance. He must follow the young hero wherever his journey might lead him so that his heroic acts can be remembered for generations.

So with a lot of silliness and singing Edmund began his task, much to Aithus's irritation.

Feel free to ask if you have any questions, my inbox is always open!

I got reckless and decided to do this so here's first draft. I switched to doing it traditional, I might bring it in and do it digital...

some doodles of my tired girl

Doodles of Mizt being rude in her old design

Owen my son, my small confused and lonely boi

When the boy’s father died in the war, Glishirn didn’t just loose another man; it lost a Glader. Gladers were men who pledge their life to the protection of the region and it’s inhabitants. They take on the name of their region as a title, a last name and reminder. And Gentre died, so did the Glader of Aithus.

His son inherited the role and took up the duty his father left behind. Donned the name Aithus, and Aithus alone, as a reminder to himself and all who he was and what he was fighting for. He now seeks to reunite the remaining regions and fight back against the chains of Thron, and regain Glishirn’s freedom by bringing their Queen to her throne.

Mitz comes from Starlex the planet boasting the great Golden City. Built with the best materials and most skilled constructors of the galaxy, the graceful city climbs to the stars, it's clear glass and crystal catching the sun's power to illuminate it's halls and streets with golden light making the city a beacon in the dead world. The city boasts in size but mostly up, it's layers stacking as technology grows. All around the city and under it lays the rest of the planet's streets and homes. Slums. These dirty dumps are called the Blackcity, the ghost of the planet's golden age before the decline of the androids. Like a leech on a dying man the Golden City sucks it's wealth and power from the slums around it, leaving the people in it's homes poor and broken. Left with the discarded pieces of Starlex glory, Blackcity found it's ability to create it's cyberpunk tech.

Mitz grew up in Finx, a district in the Blackcity known to be uncommonly bad. Fist fights and funerals are often, their dark streets lit blue, and their people as ugly as their homes. It's residents unite in one thing; their hate for the great city looming above their heads ever shining on them, mocking their filth.

Mitz is in a sci-fi story @meadowrose and I have been working on for a while. We've been doing a bunch of brainstorming and worked out a bunch so I redesigned her and here she is in all her cyberpunk brawler glory. Yeah it's a really weird pose I wasn't expecting it to work first go or that I'd be coloring it

Reason for Extraction: Absorbed extreme amounts of planet force. Relocated to a training facility and is now heavily watched.

A dying planet, a casualty in the war that struck the galaxy, reached out to find a safe place to tuck it’s conscious till it could find itself a new world. The place it found was a young human boy. At five this small human being was given immense within him from beyond the Milky Way, and a being inside him, with thoughts and emotions. Being given this all of the sudden it’s natural he didn’t know how to handle it. The Conservation Government of the Milky Way found out about this happening and quickly removed him from Earth and relocated him to a safe place where he could be watched and hopefully trained on how to handle it. They thought it unlikely a human would be able to channel such large amounts of power, but the only alternate was death.

So B98 grew up off of Earth, alone from most life-forms, for his good and others should there be an accident.

Reason for Extraction: Was seen with a galactic criminal and could hold information that is unwanted to be shared with the human public.

Alex was adopted by an odd man with little background to him, unknown to her and those around her was the fact that he was an alien on the run for his crimes. Slipping past the defenses and into the Milky Way he makes his camp out on the humble planet Earth to lay low for a time and make his escape to the outskirts of the law’s hold. During this time he has to blend in, he takes on human culture, names, and a human child to be sure. Although he may lay in the most uncommon of places he can’t hide forever and eventually he’s found out.

Alex enters her old broken down house at the edge of town, feeling down from the disappointing evening she had and is greeted by the sight of multiple strangers tackling her guardian. The police who have come for their criminal now have the human he raised to deal with, for no word of their alien existence should be known. Her guardian is knocked out and dragged away, and she is transported from earth to a unknown planet where she’ll stay alone away from other normal humans until they decided what to do with the unfortunate accident.

Hug your dad friend and have a good cry

Info Dump for Ya

“Thistled Rose of Glishirn” takes place in, you guessed it, Glishirn! A small country peninsula atop the continent. 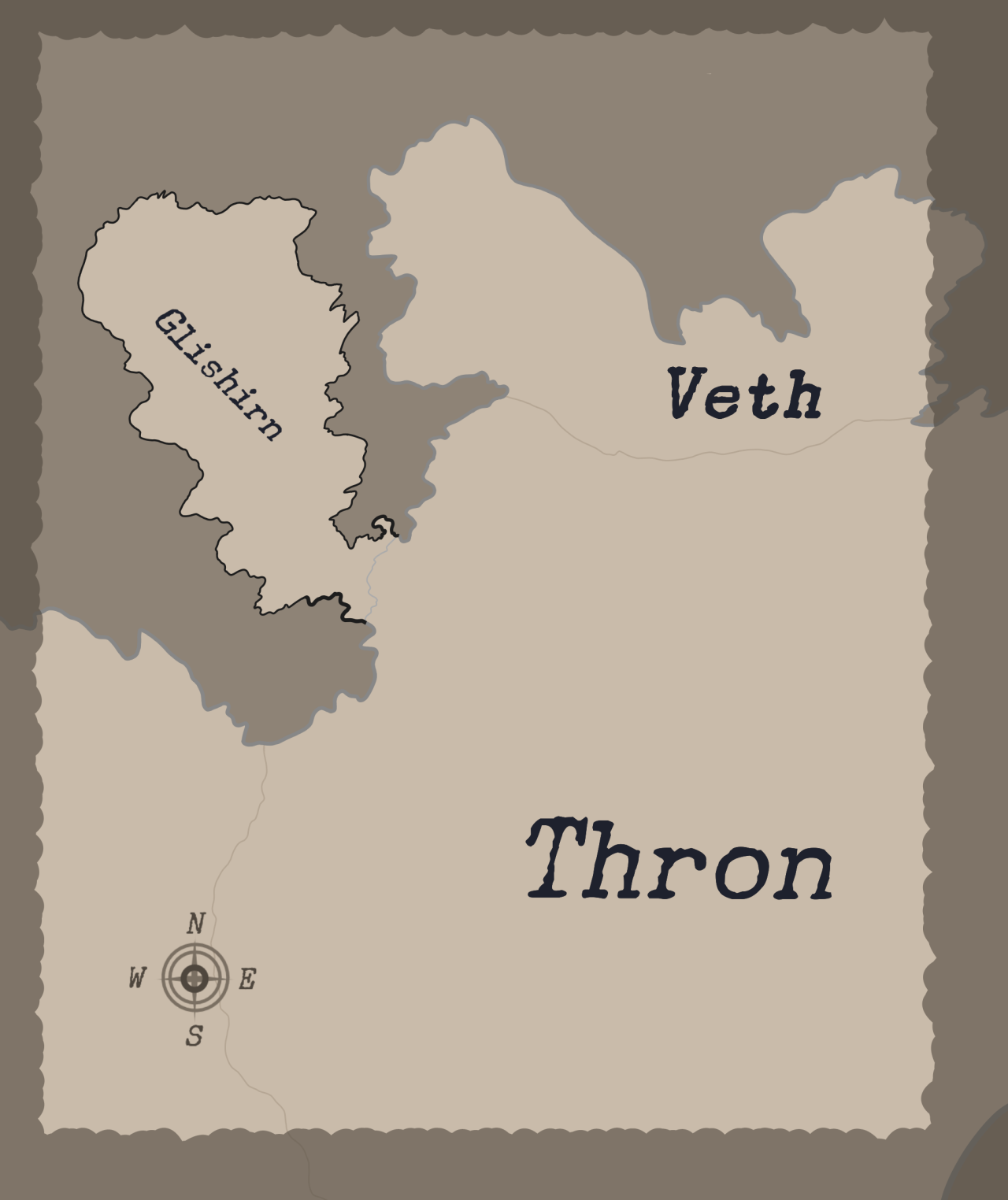 Glishirn is divided into seven regions of land: 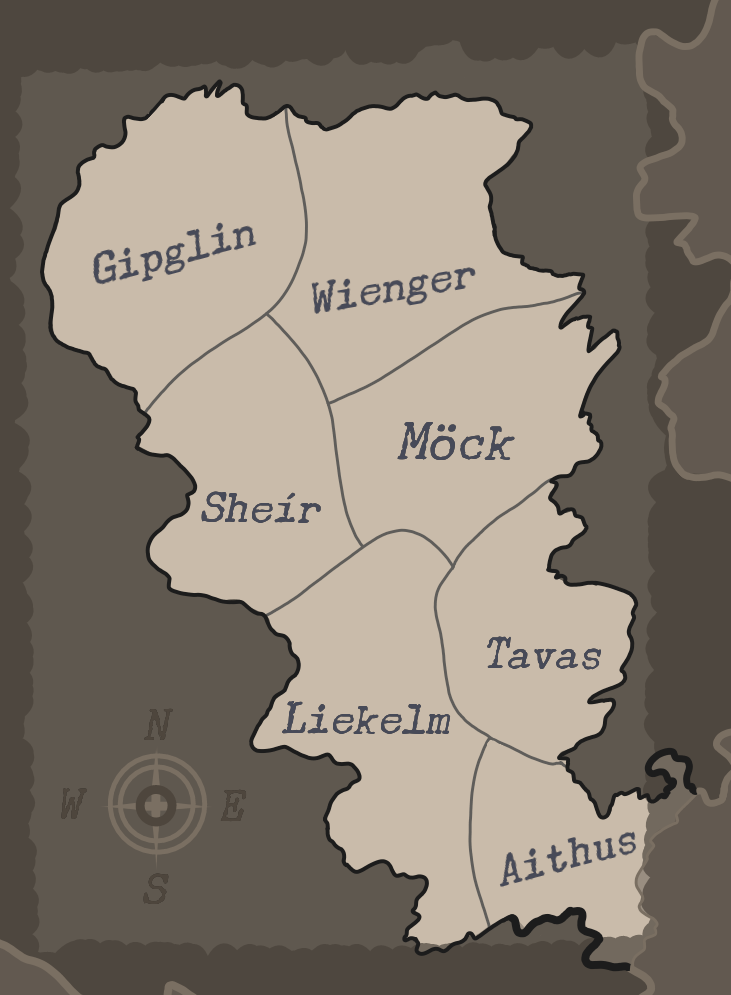 All ruled by the same King as any other kingdom, but for each region a “knight” or “ranger” has the task to watch over it. The position is passed down through the family, and though relatives may help, one is chosen as the one protector of his region. The role is called a “Glader”, and ever Glader bears the name of the land they guard. It is a role of respect and responsibility. Passing down the legacy and training an heir is not taken lightly. Young men will inherit this from their fathers, uncle’s, or grandfather when either they have died, gotten too old, or injured to the point of becoming unable to preform the task.

A band of Seelie—fae gypsies—came to the castle, for they had a great “vision” of the future to present before the King. They told of struggle, and woes. Of pain of spilt blood. But of a great one, a hero of heart and arms who would rise up and bring justice and peace! A warrior among warriors. And that this great warrior would be beloved by all the people, and would claim the hand of the beautiful Princess.

This foretelling was spread throughout the country and it was soon presumed by everyone that this great warrior was in fact the nobleman’s son, betrothed to the princess, and one of the most skilled at arms.

But then, there was betrayal. Spies were in the castle and upon revealing themselves an attack was launched. All the people living their killed, the royal family slaughtered, and their foretold hero fell. The princess escaped with the help of a few of the stable hands. But shortly after that she went missing. Rumors spread that she was found and murdered, others thought she went mad from the lose of her family and lover. Many tried to find her, but to no avail. The word spread like wildfire through the country and dismay fell on the people. What would they do now that their ruler was dead? With their hero killed and the hope of their future broken, sorrow filled their hearts.

As the shock ran through the kingdom the Gladers tightened their defense. With no king to aid them they were weakened. As they predicted attacks were laid on the boarders, chipping them apart. The heaviest attacks were laid on Aithus’ boarders, Thronian tropes poured in from their conquered land and launched themselves against it. Genter, Glader of Aithus, lead the defenses. He rallied his men and bravely they fought. But though the men were quick and stubborn, they could not match the numbers of their enemies. Their foes slayed them and broke through. Genter would not give up and fought until he breathed his last on the battlefield. Aithus’ Glader had died, and their enemy marched in, capturing all who apposed them, slaying men, and setting fields and houses on fire. Heavy was their lose, hopelessness spread through them and their spirits were broken.

Genter’s son heard how his father fell, and stepping in his footsteps he took up the name of his people and filled the role his father left for him. He was stubborn and determined that no one would take their freedom from them while they yet lived.

As Twain puts the past behind him, moving on and forward. Not letting remorse drag him down. There's a brighter dawn ahead.